7.5
The Favourite (2018) 119min | Biography, Comedy, Drama | 21 December 2018 (USA)
Director: Yorgos LanthimosWriter: Deborah Davis, Tony McNamaraStars: Olivia Colman, Emma Stone, Rachel Weisz
Summary: In early 18th century England, a frail Queen Anne occupies the throne and her close friend, Lady Sarah, governs the country in her stead. When a new servant, Abigail, arrives, her charm endears her to Sarah.
Countries: Ireland, UK, USALanguages: English
Source: imdb.comDisclaimer: This plugin has been coded to automatically quote data from imdb.com. Not available for any other purpose. All showing data have a link to imdb.com. The user is responsible for any other use or change codes.

In 1711, Great Britain is at war with France. Queen Anne is in poor health; she shows little interest in governing, preferring activities such as racing ducks and playing with her 17 rabbits, surrogates for the children she miscarried or lost in childhood. Her confidante, adviser, and furtive lover Sarah Churchill effectively rules the country through her influence over the Queen. Sarah’s efforts to control Anne are undermined by Robert Harley, the Leader of the Opposition, who as a landowner argues against a doubling of property taxes proposed to fund the war.

Abigail Hill, Sarah’s impoverished younger cousin, arrives in search of employment. Abigail’s standing has been tainted by her father, who gambled her away in a game of whist. Abigail is forced to do menial work as a scullery maid in the palace. After seeing the Queen’s gout, Abigail forages for herbs and applies them to the Queen’s inflamed legs. Sarah has Abigail whipped for entering the Queen’s bedroom without permission but relents and appoints her Lady of the Bedchamber after realising the herbs have helped the Queen. Harley asks Abigail to spy on Sarah and the Queen, hoping to circumvent Sarah’s authority. Abigail refuses Harley’s offer, and then tells Sarah about this, but receives a subtle threat from her in case she cannot be trusted. Abigail witnesses Sarah and the Queen having sex.

With Sarah focused on the war effort, Abigail kindles a friendship with Anne that becomes sexual. Wanting to become a lady once again, she reconsiders Harley’s offer. Sarah becomes aware of Abigail’s machinations and attempts to send her away. Abigail drugs Sarah’s tea, causing her to fall off her horse and be dragged unconscious on the ground. Sarah awakens in a brothel, battered from the fall. Anne, thinking Sarah has abandoned her to make her jealous, takes Abigail into her favour and allows her to marry Colonel Masham, reinstating Abigail’s noble standing as a Baroness, with the help of Harley. Abigail then helps Harley’s influence on the Queen’s decision about the war grow. 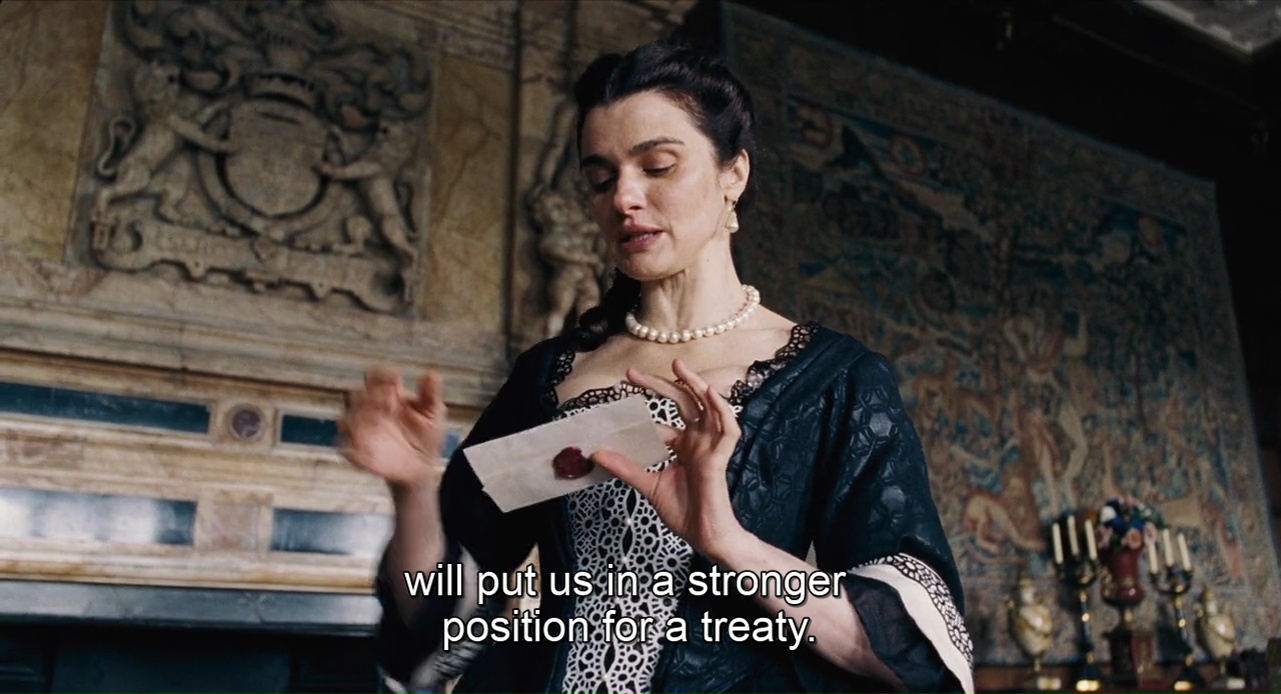 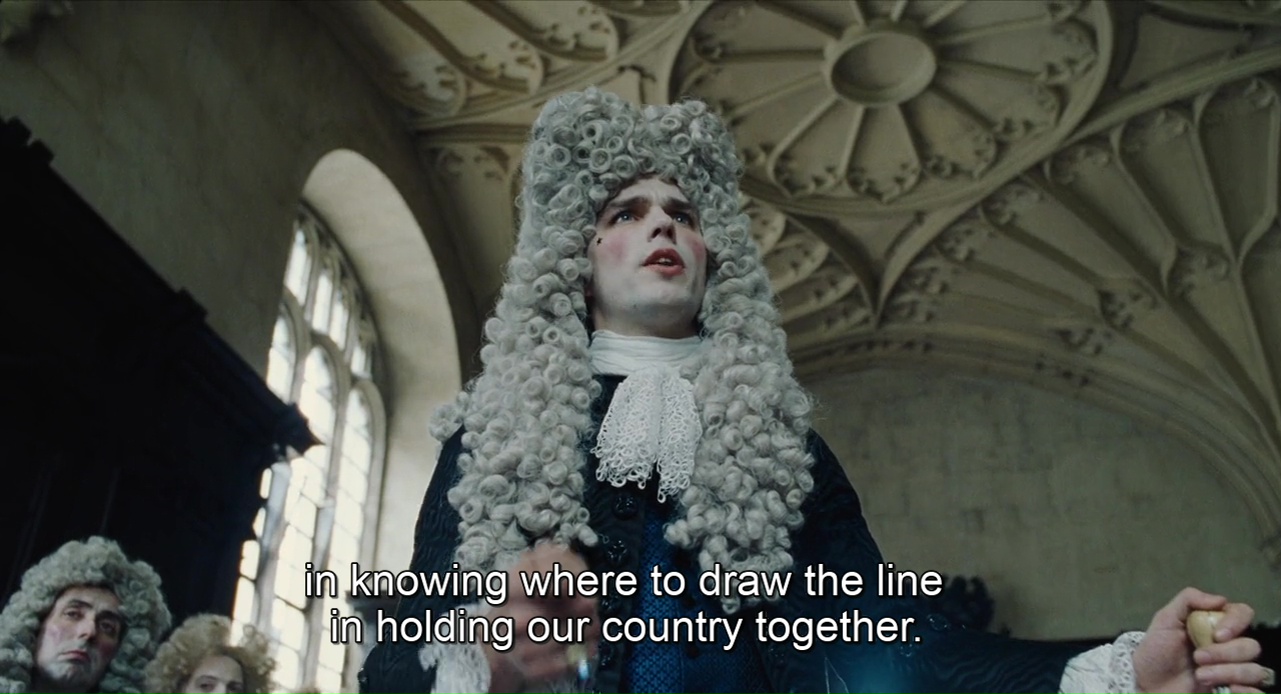 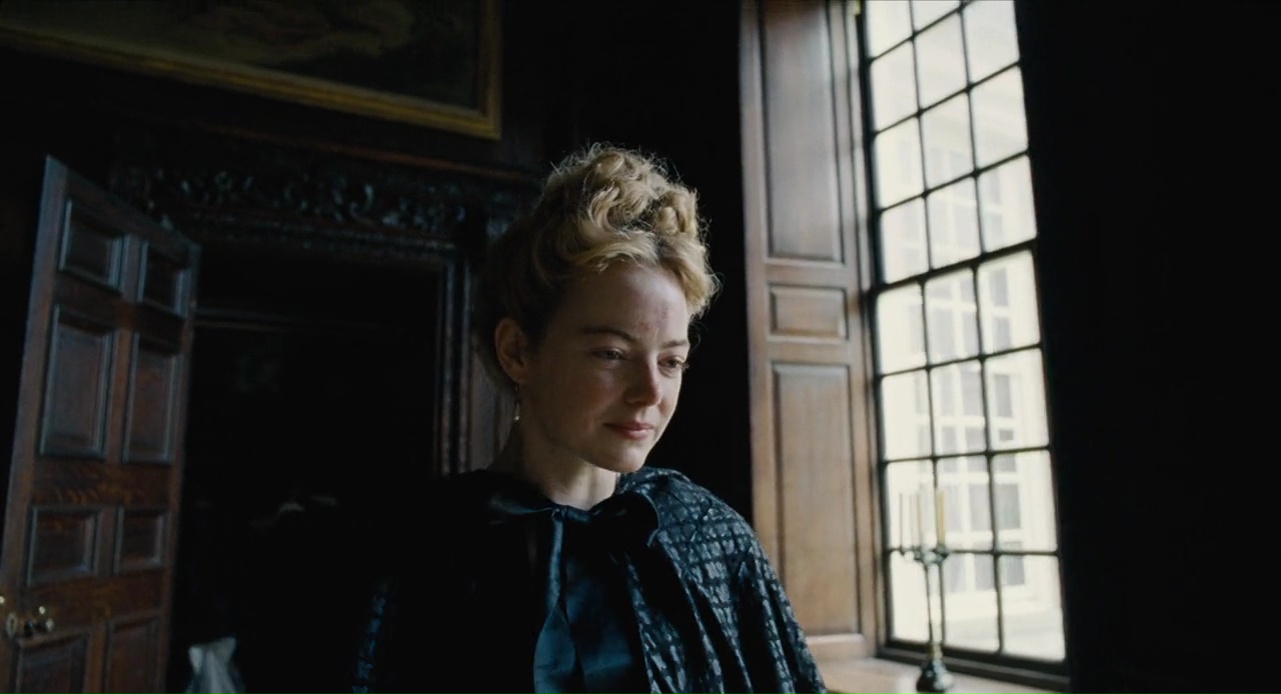 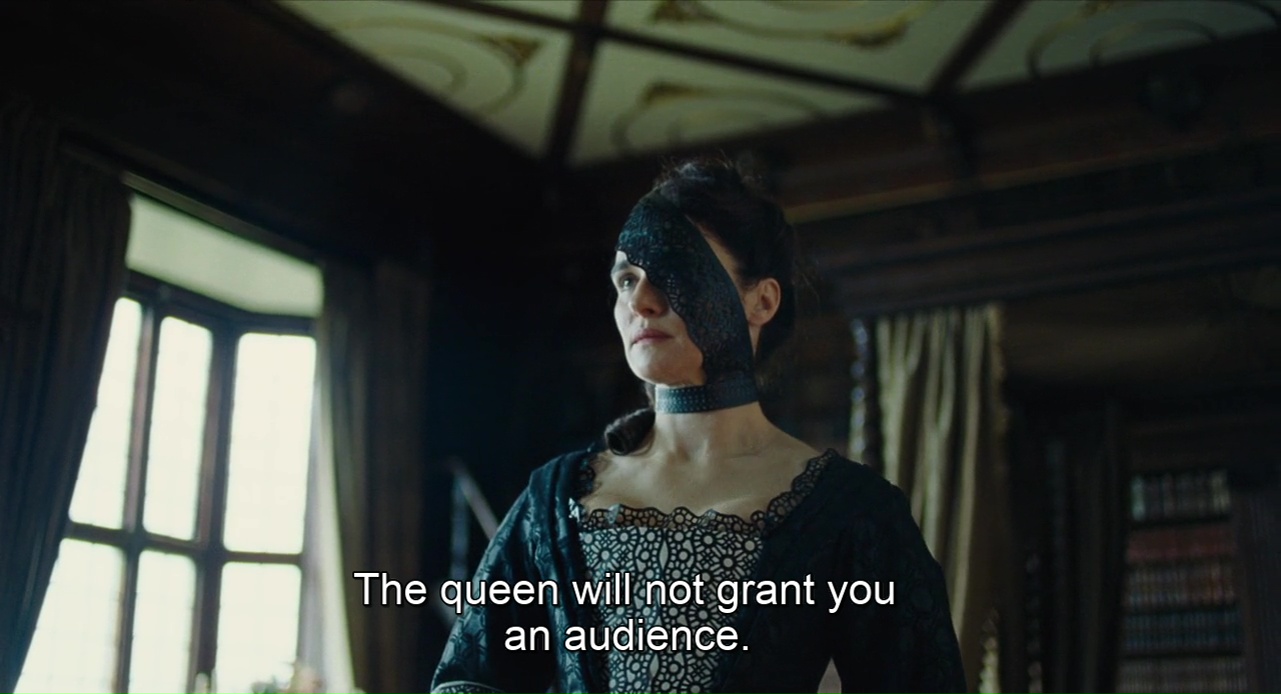 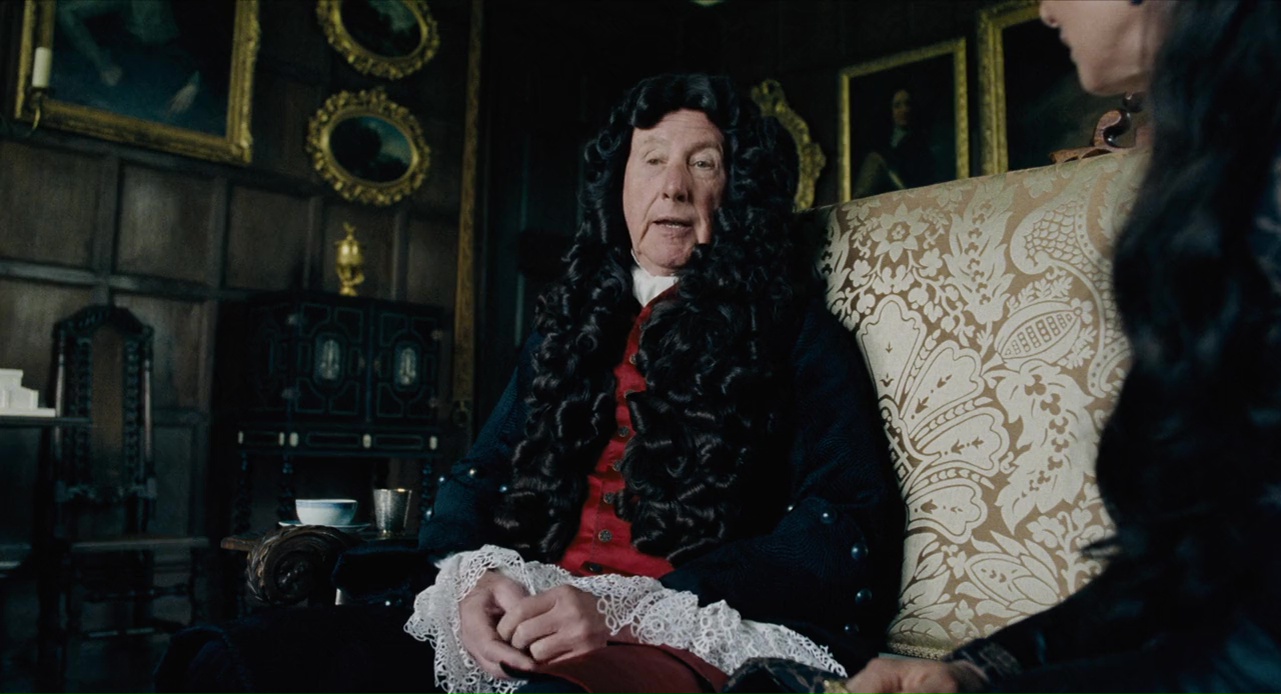